A fine composition of complex elements, acoustic and concrete sounds. From the underground world through the vortex of esoteric ascent to raising the essence of the inner Black Diamond.

All music, voice, spells composed and performed by Bathory Legion and Vrna.

YOU CAN ORDER THE VINYL HERE: 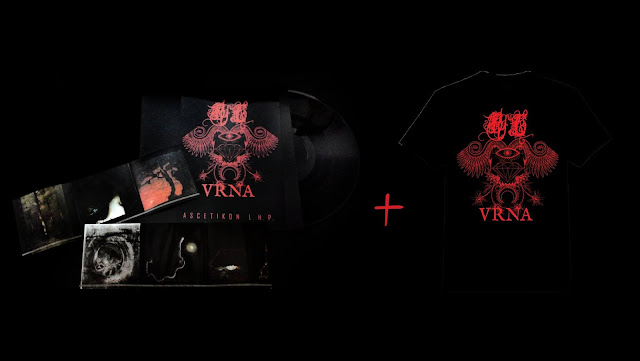 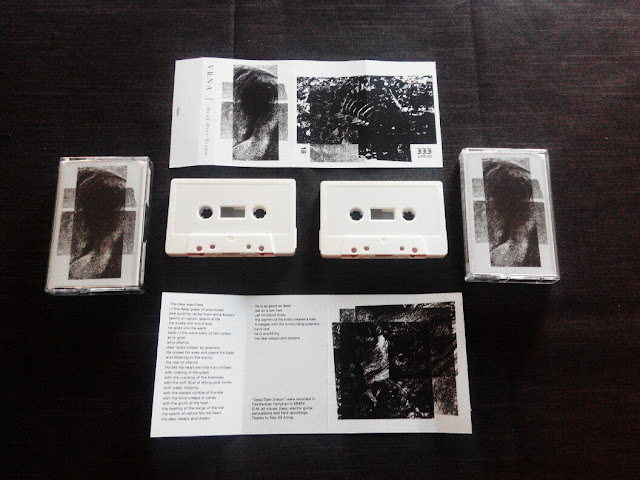 URNA "Devours me" finally out on Mask of the Slave Records 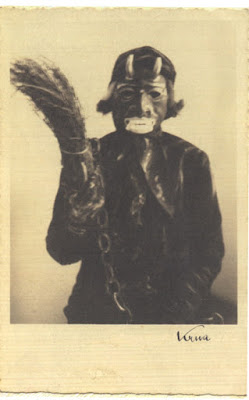 For order your copy write to: martucci79@gmail.com 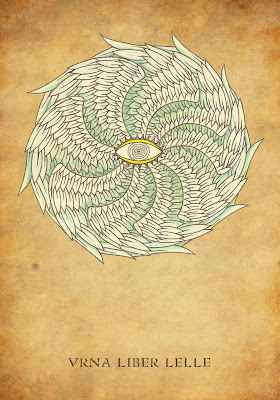 Urna is an esoteric and psychedelic ambient drone solo project by Gianluca Martucci from Italy. He has been releasing limited edition CD-R's and tapes since the turn of the millennium. I have not heard anything by him before, but this tape limited to 100 copies sounds very intriguing. It includes four rather long tracks played with bass, voice, zither, tubular bells, tibetan bells, gong, cymbal, flute, drum, pungi, whisper and shruti box.

The first track "Umbra" is very tranquil, droney, deep and meditative, and I love it when the slow, echoed, and sacred sounding vocals are added later on. I'm in trance already! "A Worm in My Bed" is a bit more minimal and experimental and doesn't exactly do the same for my soul. On "Alp" the dark, ritualistic side of Martucci's atmospheric soundscapes comes forth even more. If you close your eyes and concentrate enough, you might be able to see visions of some weird, ancient pagan rituals... The title track "Cauchemar" gets maybe a bit closer to noise, but it's still a very enjoyable, although dark and perhaps somewhat scary trip into the subconscious. Try this out if you dare!

Urna contains the musical diaries of an Italian sound-exorcist under the name of Gianluca Martucci, who seeks to “reflect the vacuous psychedelia of an ancient mind casting spells in a modern world”. Manifold and multiform sound sources configure a pantheistic musical tableau, carefully drawn on nuances of thoughts otherwise inaccessible to ordinary perception. His choice of materials range from various folk instruments combined and accessorized with field recordings to electronic manipulations. Although little known, Matucci is considerably experienced in the ambient genre and has been releasing his works since late 2000.
Simple, but proficiently enjoyable in their output, the formats of his discs show off the unadulterated nature of his musical development.
“Cauchemar” is being released in the now vestigial format of a cassette tape by Yerevan Tapes. The author is omnipresent within his work, delighting his audience with a variety of instruments like bass, voice, zither, tubular bells, tibetan bells, gong, cymbals, flute, drums, pungi, whispers, a shruti box…
The grey tape reveals four songs, each one favoring a sparkling, lively musical countenance. Martucci considers the notes as being immediate magical sigils against a mysterious flow of frequencies. First the spirit is delved into the “Urna” and wandered about on a futile bass line soothed by drops of evanescent percussions.
The abused ear of the underground music lover fails sometimes to ponder enough on works like this one: a comfortable lassitude and déjà-vu redundancy deafens the ear. What reawakens the numbed sense of hearing is a certain power of suggestion that, when wildly effective, tears asunder the wall of sufficiency. Once you have overcome such an obstacle, “A Worm In My Bed” enters your brain and stays there: it crawls gently and inoffensively, gradually attaining an uncomfortable radiance that makes one wonder where the shivers upon their skin are coming from.
On “Alp” the register is extended to loud soundscapes, thick drones that build a ziggurat of barely discernible dimensions in a centrifugal, slow movement. Innocuous twinkling notes appear out of nowhere and fissure this grey monolith, which now seems to be shifting shapes at the chants of a musical spell.


Martucci has strong connections with the black ambient and ritual folk scene. Lately he has contributed to J. Stillings (Steel Hook Prostheses) and Bathory Legion’s works and appeared in venues with In Gowan Ring or Sangre de Muerdago. The closing song, “Cauchemar”, is set up in the dark ritual musical territory with elements of magic and tribal acoustics. With hissing vigour the frequencies descend down to a bleak level and rest there at right angles within the world of haunted sleep. Entangled in this hallucinatory web of noises, the only hope is to know you are only dreaming.

URNA
URNA is Italian post-apocalyptic composer Gianluca Martucci. Using a wide variety of folk instruments, atmospheric recording environments and electronic manipulations, he has truly stretched the microverse of URNA to reflect the vacuous psychedelia of an ancient mind casting spells in a modern world. URNA explores these mysterious territories among tenebrous, misty and dilated sounds, primordial dances and mystical songs.